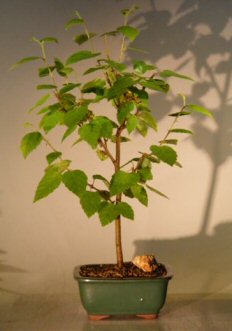 The River Birch is native to the Eastern United States and is a vigorous deciduous tree. Noted for its flowers that appear in drooping, brownish male catkins and smaller upright, greenish female catkins. Also noted for its salmon-pink to reddish brown bark that continually exfoliates to reveal patches of peach, gray, purple and orange bark that is highly ornamental. Deciduous. Keep outdoors.